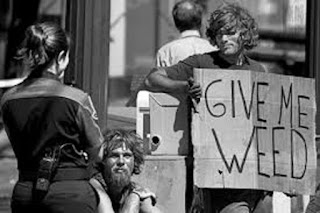 “The less I needed, the better I felt.”

― Charles Bukowski
The “bar low” winners
cashed in on that
corporate game of
wage slave suck ass
long ago.
We turns our noses up
at their dirty clothes, toothless
chemically enhanced grins
and “scrounge for a living”
work ethics.
But we are the ones
who are constantly
one bad day away from
a major coronary flip flop,
one cut off in traffic away
from a shopping mall full
of shotgun spray, one desperate
anxiety reducing cigarette away
from crap coded cancer cells.
When you measure success by
the number of daily laughs
and smiles maybe the
the cardboard sign warrior is
way ahead of us ten hour a day
salary chasing junkies.
Posted by Unknown at 3:57 PM No comments: 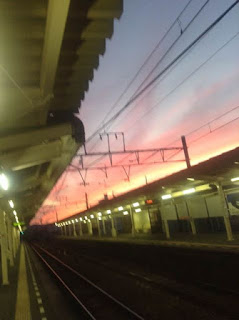 I, incoherent of subway train Kanji, dribble
past fingerless Yakuza and toothless farmers
whose mauling stares tell me I’m the circus freak
on display tonight.
Engulfed in digital upon disembarking as
street corners shrill out SOV sentence structures.
More corpus weight than the Richter Scale
can measure strangles every sidewalk.
But only seismic Pachinko Palaces open
wide to devour purgatorial pension plans.
Buddhist temples and Shinto shrines
are buried somewhere in the neon. Monks
and priests try desperately to extinguish the
glowing Karma of this kaleidoscopic city.
Ronald McDonald doesn’t look the same and the Colonel’s
secret recipe is dripping with Tempura. Coca Cola
looms large and brutal as do F-16s with
Rising Suns painted on their sides. Starbucks is a
neighborly face that comprehends my pointing
fingers and mumbled domo arigatos.
Familiar phrases somehow twisted in
translation adorn every other t-shirt. Reverse
engineered English to fit archaic advertisements fill
Gaijin goggles that search for a west which has
now become the East.
Today the sun rises from the ocean.
Posted by Unknown at 9:28 PM No comments:

Tanka For a Teenage Sociopath 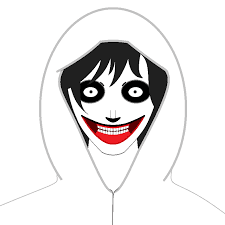 Boy genius pianist? Maybe.
Something in those eyes speak of
mutilated puppies hidden in the cellar.
Posted by Unknown at 10:13 PM No comments:

The green filth had grown over the grate and locked his memory away from this street. Homelessness was punishable by banishment from recognition. The law was enacted to make them forget his existence, but now he had pushed his way through the hidden sewers and stood before the gift shop, a representative and the rejected and abandoned. He watched the motley horde of women fluttering around the display case as they cuddled the little stuffed toys like favored children.
Leering at them through the opaque front window of the gift shop he felt the drool slip through the gap in his teeth and run down his chin. He was now free from the gutter society had supplied him with. They are all beautiful compared to me, he muttered allowed. His troll like exterior was reflected back to him in the window. Viewing his hunched backed body and one over-sized bulging eye in its socket caused him to cry in rage. So unfair that I suffer while they browse. He ran his hand through his three dozen long strands of muck covered hair as the tears ran down his pock marked moon crater cheeks. The aristocratic wives and daughters did not notice his scarred mass of damaged flesh weeping on the sidewalk. His pathetic figure did not reflect into their world. They shopped on oblivious to this suffering product of their husbands and fathers economic battles. To them he was only an abstraction; a disturbing news article scanned quickly and forgotten.
Opening his mouth he stroked his large jutting front teeth and then moved his grimy fingers over his sharp canine teeth. The four remaining teeth on the top row were a great source of pride, but his favorite tooth was the serrated half nub that resided alone on the bottom row.
My teeth will grind, and they will respect. Their petty expenditures will not last another hour. He entered the gift shop grinding his teeth in preparation for his protest. He lurched proudly towards the large Beanie Baby display. With some difficulty, he reached out with a shriveled hand and snatched up the cutest large eyed bundle of fur and fluff he could find. This bit of triviality is the source of my suffering, he thought, staring down at the artificial cherub.
He had to gain the attention of the entire perfumed flock. Only by disturbing into their world would they recognize his existence. He wailed out a long low scream reproducing for a moment the cry of the hungry through out the store. The trampling conversations came to a halt and the fruity perfume rushed away from the brimstone odor wafting from his mouth. I have the stupid butterflies attention now, he thought. And it was true. Slowly his broken body with its yellow infected wounds and festering boils appeared amongst the tightly organized shelves full of expensive uselessness.
He held up the cute little chunk of fur and fluff so all the rainbow attired mall geese could get a good look at its child like staring eyes. Then without hesitation, he bit the head of the cute little Beanie Baby grinding the innocent eyes with his serrated half nub. The crowd of mall geese let loose a collective gasp as if he’d just chewed off the head of an adorable kitten.
Sitting behind her perch of authority a rotund cashier wearing sharp glasses began to berate him with her tired monologue. Sir, you’ll have to pay for that, sir you have to pay for that item, sir you need to pay for that.
Responding to her bland ramblings, a profane thought rose to the surface of his brain.Pay for this indeed, my currency will be in the awareness I create. But something went wrong when he attempted to utter his terrible answer. A hacking cough more grotesque than his ravaged body surprised him. Fur and white stuffing laced with black plastic and bloody teeth sprayed from his mouth.
Now enraged, he tried in vain to scream out his speech, but the Beanie Babies odd shaped head had embedded itself firmly in his throat. He turned red, then blue, then the green of death and money, finally collapsing to the ground in a twisted ball of ugly fatal twitches. The mall geese turned their collective attention back to buying pricey birthday presents, anniversary gifts, or simply wasting money. Having been trained not to understand the bored cashier droned on, Sir, you have to pay for that, sir you have to pay for that, sir…
Posted by Unknown at 9:26 PM No comments:

Cryptic messages slip past all
efforts to block them out.
A little shower of propaganda
interlaced with the touch down pass.
BUY! BUY! BUY! buy into it now!!!
John E. Dee and Linda Loo,
three thirty in the morning at the 7–11.
Wondering again why the sudden
craving for the Budwiser and Doritos.
Then come November in the ballot box
he stands there dumbfounded,
“What the hell?? I could of sworn I voted for the other guy.
Is the public asleep at the wheel?
Maybe, but some, against their will, remain
locked in their child-restraining seats
desperately reaching for the
emergency brake.
Posted by Unknown at 4:46 PM 2 comments: 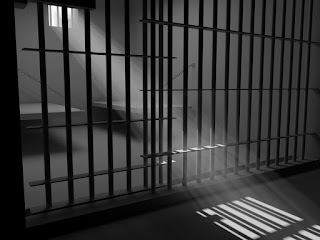 The stairs were hard on his crippled feet. The apartment building was glacially cold and ugly as frostbitten toes. But it wasn't White Swan. The Bolsheviks fighting among themselves had left the walls peppered and fresh blood stains covered their execution wall at the bottom of the staircase. But it didn't bother him. He simply wore a tank top whenever he went into the basement exposing the Vor stars tattooed on both shoulders. Their vendettas didn't concern him anymore. Only shooting Afghanistan into his veins to escape White Swan memories mattered.
dirty needle broken
off under the skin


festering like a bad dream
Posted by Unknown at 5:34 PM No comments:

all the covers of my books